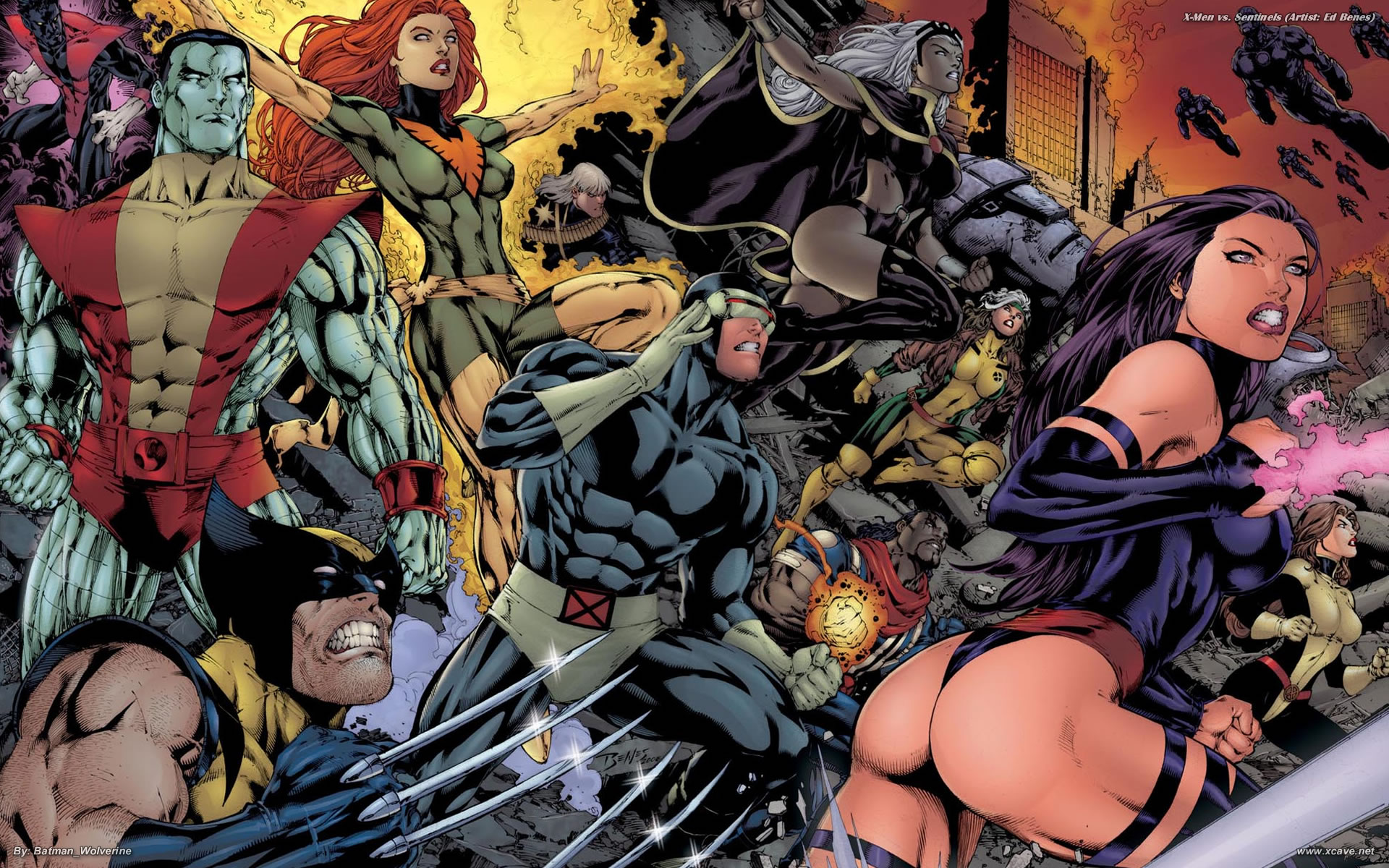 First off, this group is NOT related to the X-Men Forever comic book series.

Second off, the rules once made will not change, unless there is something that is added.

Okay, that said, here we go. This is a Comic Version RP Group. According to Marvel Comics, M Day happened and stripped most of the mutants of their powers. Well, our story is different in beginning the day M Day supposedly happened. Well, M Day never happened and all mutants kept their powers/abilities/gifts or what ever they chose to call them. Large plots will happen. Missions. Once the group is large enough, we might even have teams with their leaders.

NOW FOR THE RULES

** NO DRAMA WHAT SO EVER. IF THERE IS DRAMA BECAUSE OF YOU OR IF YOU BRING DRAMA, OR MAKE DRAMA, YOU WILL BE KICKED IMMEDIATELY. POSSIBLY BANNED. **

1) First and foremost - the owners [especially main group owner] and mods have the final say in anything.

2) PLAYERS MUST HAVE A FULL PROFILE, INCLUDING AN IMAGE. OC PLAYERS MAY USE PICTURES OF MODELS/ACTORS AS PLAY BYS. CANNON PLAYERS MAY USE REAL PICTURES AS LONG AS THE FIRST/MAIN IMAGE IS COMIC VERSE.

3) There will be no godmodding. Period.

4) No autoing of anyone's characters. Period.

5) No killing of anyone's characters without their consent.

6) Fighting style is T1 and turnbased. For any fight, an owner or mod must be present.

7)Some people like to just come in and randomly attack [For some people, that's like trying to force them to rp or fight.] There will be none of that. Be sure that the other party is willing to have this fight or spar.

8) No one is to be harassed in the room or via rp. Group or room members, inform the mods or owners you're harassed by anyone via IM so that the issue can be dealt with accordingly.

11) No one is allowed to claim relationship to any canon without prior consent of the canon that is being role played. However, if by some chance the canon is not being role played then the approval falls upon the administrating staff. If the character is approved, then their position is solidified even if the said canon relative happens to be taken up by that of another. When a canon, that has an OC relative active before them, is taken it will be made known to that role player of the other’s membership and highly advised for those individuals to mutually communicate with each other in regards to their respective characters and come up with something that will work for them both. This is the only exception to the consent aspect of the rule. By applying for the role of any said canon or original you, the role player, are agreeing that you do not, in any way, mind having another character related to yours and that you will mutually engage in PMs with that other to discuss some sort of working in character relationship, or a compromise that is mutually beneficial to both parties. It is to be noted that by this being stated as a rule is subject to enforcement of compliance to the group’s standards, and all other rules governing interaction. This rule is also geared towards promoting mutual healthy and friendly communication between role players.

20) No OC's copycatting a cannon's powers, unless okayed by admin.

22) DO NOT UNDER ANY CIRCUMSTANCES TRY AND TELL OWNERS HOW TO RUN THE GROUP.

23) DO NOT UNDER ANY CIRCUMSTANCES OOCLY PUT DOWN ANYONE'S CHOICE OF CHARACTER, WHETHER IT BE RACE, COLOR, ALIGNMENT, ETC. ** THINGS LIKE THAT ARE ONLY ALLOWED IF IT IS ICLY. EXAMPLE - THE STRIFE BETWEEN A BROTHERHOOD MEMBER AND AN X-MEN MEMBER. **

*** MAIN [LARGE] PLOTS ARE DISCUSSED AND STARTED BY OWNERS AND MODS. IF YOU ANY PLAYER CHOOSES NOT TO BE PART OF THEM, IT DOES NOT MEAN THAT THEY CANNOT RP IN THE ROOM. IF THEY HAVE A SMALLER PLOT THEY WANNA DO WITH SOMEONE ELSE, THEN THEY ARE MORE THAN WELCOME TO, AS THE X-MEN AREN'T ALWAYS IN THE SAME PLACE AS A WHOLE. ***