Other than Haruhi, the other members of the Host Club include President Tamaki Suoh, Vice-president and "Shadow King" Kyoya Ootori; Hikaru and Kaoru Hitachiin, identical 1st-year twins; Mitsukuni "Honey" Haninozuka and his cousin Takashi "Mori" Morinozuka. Tamaki is the charming, beautiful hafu and top draw of the club with a 70% request rate, thus earning him the title of "King." Kyoya, however, is the "Shadow King," the true director who runs the show from behind the scenes with a charming facade and gracious manners. The Hitachiin twins, who share classes with Haruhi, are mischievous imps who utilize a devised incestuous-homoerotic angle on their relationship to captivate their guests. Honey is from a distinguished martial arts family, but plays the role of a "boy Lolita" who has a great passion for stuffed animals and sweets while Mori is his tall, quiet protector with a fierce appearance and soft heart. All the characters are parodies of shojo manga characters, with Haruhi serving as the "natural" type, Tamaki as the "princely" type, Kyoya as the "cool" type, the Hitachiin twins as the "little devils", Honey as the "cute shotacon" type, and Mori as the "strong, silent or stoic type."

6) Listen to the mods or co-owners 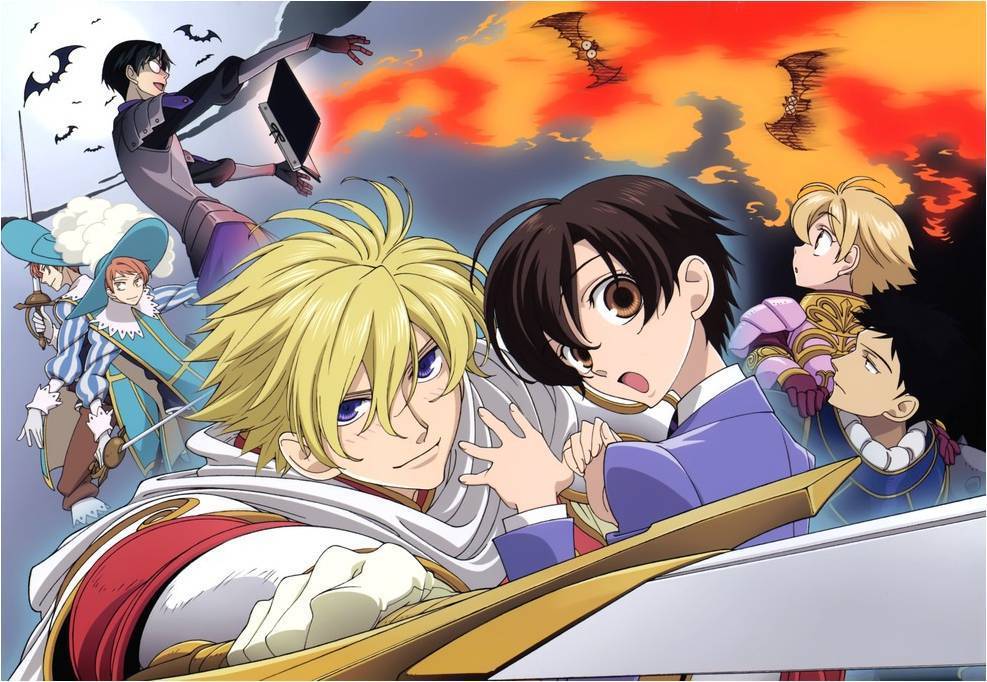