1. The room is considered to be OOC. However if anyone in the room is RPing we ask that you keep OOC down to a minimum and that you do not bother those that are roleplaying in the room. Sexual roleplay between any characters should be taken to the PM's or into a different room.

3. Harassment of any members either via room or PMs will not be tolerated. If the victim can show proof, the offender will be warned, and on the second offence will be banned.

4. Drama will not be tolerated. Anyone bringing drama to the room will be warned via a kick and a message from an admin/mod. The next offense will lead to a ban, no exceptions.

5. Any OC joining is asked you contact a Mod or Admin about the character to insure the character does fit the lore of either the Institute or either any of the regions of Runeterra.

6. For those who troll/grief in games, regardless of the queue, will be given a stern warning. If provided proof of the offense, a temporary ban will be placed. Evidence means a screenshot of the end game match stats, showing the players score and perhaps intent on feeding.

7. Empty profiles are frowned upon, please take the time to add a picture and at least some information. Those with empty profiles will be instructed to fill them out by an admin/mod, and help will be offered.

The default setting in the room is considered to be located within the Institute of War. This is where the League of Legends is held, and serves as a large school for all summoners who take part of the battles on the Fields of Justice. Along with providing housing for many of the champions before, during, and after their battles on the various fields. That being said the area is considered neutral grounds for all factions and is protected within the magical barrier that also is around the Fields.

Due to the Institute serving multiple champions the settings within the institute can vary. From a large pub within, to a simple mess hall area for eating, and serving celebratory feasts. To the living quarters assigned to champions and summoners alike within the Institute. Summoning portals are also located throughout the Institute to take summoners, and champions alike throughout all of Runeterra.

Draven's finally gotten off his ass and did something with the group page. That being said I am currently attempting to put together a group night for any and all interested. It will be a group based roleplay within the room sometime this month if people are interested. Setting would be something involving the snow down. Could be a festive feast or something bigger. I need ideas! 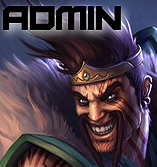 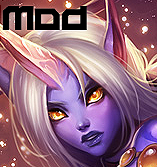 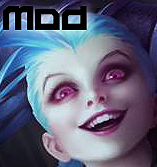 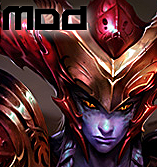 In regards to profile help please visit the iSmut 2.0 group page found here. Special thanks to Jinx for allowing us to use her group page to showcase the layouts her own group provides! Click on the Profile Help tab of their group page, and you'll be taken to the many profile templates they have kindly provided. Follow the steps and you'll have a nice profile in no time!

Please also remember that there are various other group pages out there that also offer very easy to use templates in all shapes and sizes. If the templates above give you trouble feel free to message one of our mods/admins and we'll be sure to try and help you as soon as possible!