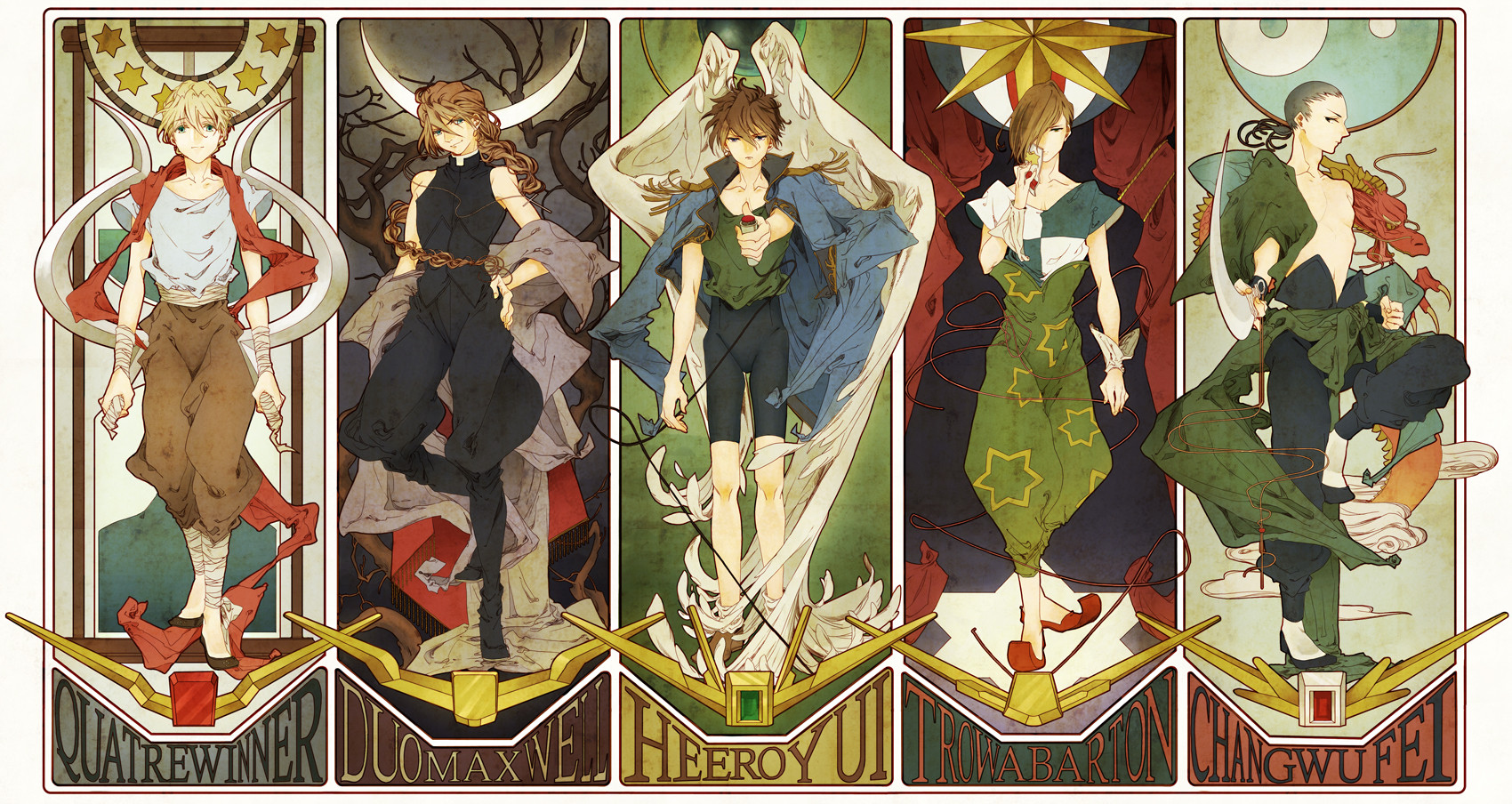 The story of Gundam Wing begins in the year After Colony 195, with the start of Operation Meteor, the scientists' plan for revenge against the OZ military organization. The operation involves five young boys who have each been chosen and trained by one of the five rogue scientists, then sent to Earth independently in extremely advanced Mobile Suits, one designed by each of the scientists, known as "Gundams". Their Mobile Suits are called Gundams because they are constructed from a rare and astonishingly durable material known as Gundanium alloy, which can only be created in outer space.

The five Gundam Pilots — Heero Yuy (an alias, not to be confused with the assassinated leader), Duo Maxwell (also an alias), Trowa Barton (another alias, he was previously known as Nanashi (No-Name)), Quatre Raberba Winner, and Chang Wufei — originally have no knowledge of each others' existence. On first meeting any of the other five, each pilot believes the others to be enemy pilots in new OZ mobile suit designs. Once the young pilots realize that they have the same objective of destroying OZ (and in some cases the same mission), they band together to help each other complete their goals.

Regulations: Failure to comply will result in dismissal

1| This is a Gundam Wing room. Only characters that apply to Gundam Wing are allowed within the room. If you have any questions, please refer to a moderator about the characters allowed inside the room. Anyone who comes to idle, lurk, troll, or otherwise cause trouble on unrelated names or joke names of main characters will be escorted of the premises.

2| This room is friendly and accepting of all ships and categories. This means that if you are gay, straight, bi, or gundam sexual, you are accepted. Anyone who bashes this will be removed. Likewise, if there is complaining and whining over characters pairing together, said whiner will be removed.

3| Drama will not be tolerated. This is an adult organization and therefore people are expected to behave in an adult manner. If you have a problem with someone, ignored them, get over it, or get out. We have no need for you here.

4| This is a Role Play room. OOC is allowed as long as it does not interrupt or scroll the role play that is currently going on. Everyone role plays differently, which means that everyone has the right to deny someone that role play. Harassing others about their choices or word count is strictly forbidden.

5| This is a Role Play site and while they are canon characters, you have been given a profile to use. Please at least make sure that you have some sort of visual reference and some sort words on your profile. Completely empty profiles will be escorted from the room.