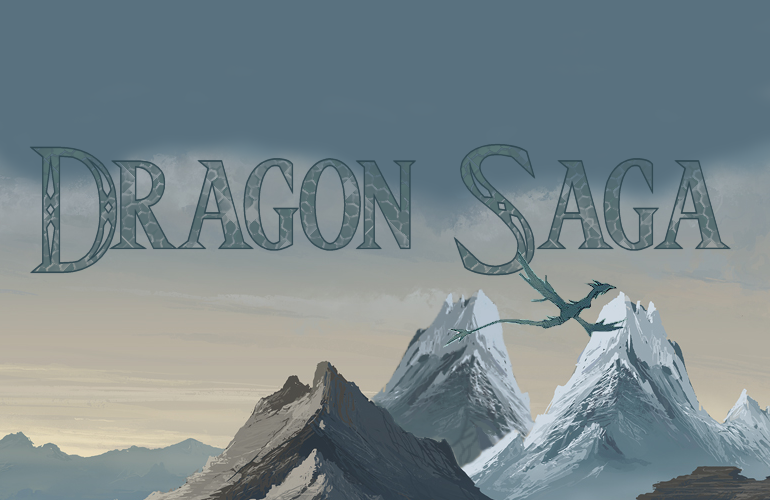 In the beginning, there were two gods who reigned over all aspects of creation - Life and Death. They appeared to the mortals as dragons - the Great Mother and the Great Father. Together they gave life to eight Lustre Dragons - Diamond, Ruby, Sapphire, Emerald, Garnet, Quartz, Amethyst, and Obsidian - who would rule different aspects of life and death. For a time they ruled in peace.

A meteor had fallen from the stars, and with its impact came the Adra`kullhain. Not even the Diamond Lustre could fight back the meteor's evil and in turn became Adra`kullhain. Much tragedy followed in the days to come and the Great Mother became muted with the Diamond's death. The Lustre dragons are scattered now, including the Ruby, Saedra. Together with a small group, she battles the meteor's corruption to eventually restore the order of the Lustre dragons, and the Great Mother's health.

Saedra had come across Ordah who appeared to have limitless potential. She took the girl underwing and began training her to hone her inate abilities. After enough time, Saedra slowly revealed her plans. They would travel together to the Twin Peaks and cleanse the mountains of corruption. A year has passed and they've finally reached the base of the mountains. While traveling with a caravan, Saedra encountered a ranger, Grimmer, who mistook her for corrupted. He too has a past involving the Adra`kullhain. Now the three make their way up the Twin Peaks to finish a vow long since made.

•Dragon Saga is a High Fantasy setting, with original characters. The theme is Dragon-centralized, although you can opt for a completely Casual theme if you'd rather that instead.

•If there is to be fighting, keep in mind this is a High-Fantasy group. Magic is welcome. Also, do not god-mod or auto-hit. There must be a chance for your opponent to dodge or counter. You can avoid this by following this example :
"So-And-So threw a punch toward Whatshisname's face. If it hit, the force of the punch would break Whatshisname's nose." Posts do not have to be written like this, as long as you make sure there is room to dodge or counter an attack. Auto-hitting will be met with one warning before a kick results.

•We are all adults here. I expect behavior to reflect this. Drama will not be tolerated. On the same hand, if a moderator tells you to knock off whatever it is you're doing to upset them/other members, do not argue with the moderator. You will get one warning for this before a kick ensues.

•Sexual roleplay will be kept in Private Messages, please. There are no exceptions.

•As long as the above is practiced, we will have no problems. Please, feel free to ask us questions concerning the setting or the guidelines. We're really all quite friendly.