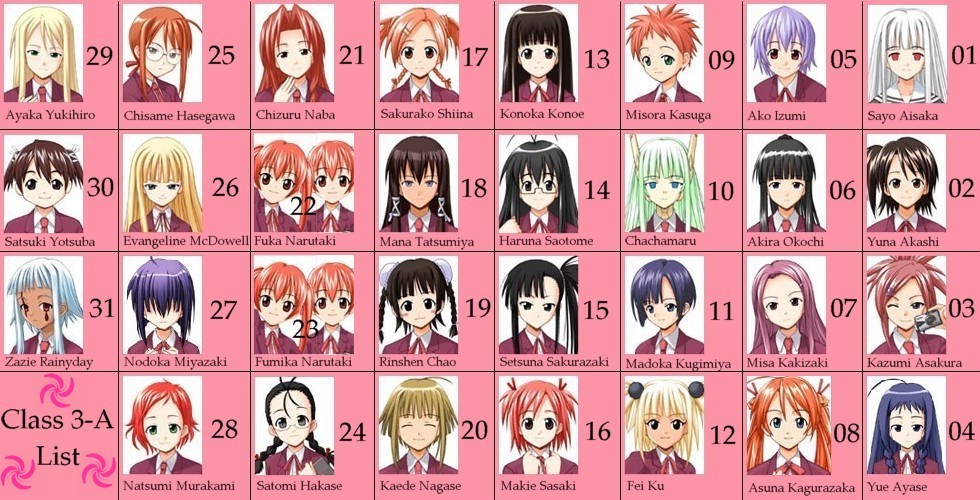 If you have any questions, inquiries or issues, you may direct them to one of the moderators or owner(s).

Negima! Magister Negi Magi, known in Japan as Magical Teacher Negima! (?? ?? ???! Mah? Sensei Negima!?) is a manga series written and illustrated by Ken Akamatsu (known for his best selling title Love Hina). Published by Kodansha and serialized in Sh?nen Magazine in Japan, it was also being translated into English and published by Del Rey Manga in the United States and Canada prior to Kodansha establishing a U.S. division. The series is licensed for English-language distribution in the United Kingdom by Tanoshimi.

Rule 1: While we do not force you to roleplay, it is highly encouraged. If an RP ever does spawn, do keep OOC down unless it relates to the current RP, or finding RP.

Rule 2: Doubles are allowed, you did not MAKE your character so you cannot complain.

Rule 3: No discrimination of roleplay style, post length, or of anyones way of profile editing.

Rule 4: Please have a minimum literacy. Seriously, you do not have to post as if you've not even graduated high school. Pronouns, punctuation, capitals, and for the love of god, third-person roleplaying.

Rule 5: This isn't your own special room for you and a few friends to talk about what you talked about on skype earlier. It's for everyone. If someone asks to stop flooding links, then stop.  You can post them as long as no one has a problem with them.